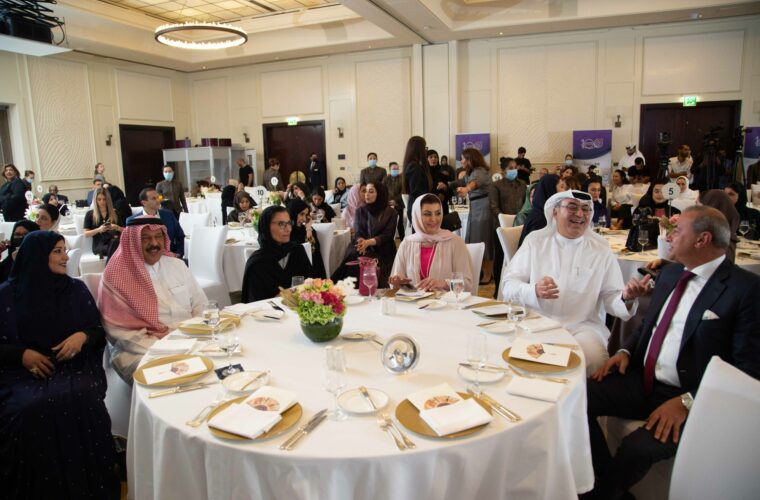 The Qatari Businesswomen Association (QBWA) announced the launch of the "100 Qatari Women initiative”, during a gala dinner that took place at the Mandarin Oriental Hotel Doha in Msheireb.
The initiative aims at introducing and highlighting iconic Qatari women as well as creating a platform that allows them and all women in Qatar to exchange experiences, support and inspire younger generations.
100 inspiring success stories
QBWA announced that the first outcome of this initiative will be the production of a book that will include 100 inspiring success stories of Qatari women who have been and still play a pivotal role in the different sectors. The initiative will also include the creation of a digital content that documents, displays and celebrates the success stories of these women, and contributes to making these stories known locally and internationally. It also contributes to creating new opportunities, noting that this is a yearly initiative that shall provide support to women in Qatar continuously.
The initiative is launched this year in cooperation with the Supreme Committee for Delivery & Legacy and with the support of the official sponsors Al Faisal Holding, Qatar Islamic Bank, Estithmar Holding Group, Alfardan Group, and the Qatari Businessmen Association.
In the Elite Sponsor category, Qatar Financial Centre, International Real Estate Investment Company, Salam International and Lulu Hypermarket, and as supporting sponsors: MH Global, Azza Fahmy Jewellery, 7th Heavens Arts and Arabella, as well as the media partner I Love Qatar.
Many dignitaries graced the event
The ceremony was attended by a large number of women participating in the initiative, QBWA members, several members of the Qatari Businessmen Association, as well as their Excellencies the ambassadors and diplomats including the EU and UNDP representatives.
At the beginning of the event, Mrs. Aisha Alfardan, Vice-Chairwoman of the Qatari Businesswomen Association, welcomed the guests, expressing her happiness with the launch of this initiative and confirmed that the Qatari Businesswomen Association, since its establishment, had always believed in the role of women and the importance of activating their participation in the economic and social development, and through this initiative, it aims at honoring and appreciating women the way they deserve.
The Special Envoy of the Secretary-General of the League of Arab States for Humanitarian Affairs also confirmed that the FIFA World Cup Qatar 2022 would be the largest inspiring event for all in Qatar.
During the event, Mrs. Aisha Alfardan called on all companies and public and private entities to support this initiative and sponsor the various initiatives launched by the Qatari Businesswomen Association in order to develop and support women, as part of their social responsibility, that aims at empowering and supporting women which is important for the society as a whole.